10 Popular Side Treks Of Everest Base Camp Trek

It is possible by introducing side treks to the itinerary of Everest Base Camp trek. There are so many possible side treks out there that take you to the nooks and corners inside the Everest region, and even to the surrounding areas. Most of these are the undiscovered gems of the hills of Nepal, and so, adding them to the itinerary presents a fresh take to the regular Everest Base Camp trek. These side treks double the number of attractions and make the journey further adventurous and exciting.

These are the 10 popular side treks of Everest Base Camp trek.

Gokyo Lake Trek exists as a separate trek, and is meant for people who don’t want to go all the way up to Everest Base Camp. The trekkers are left with two options. The first one is to go straight west from Namche to Dole, instead of moving towards Tengboche. The trekkers then walk for a couple of days crossing villages like Machhermo and Gokyo, and finally, make their way back to Namche.

The second option is to go all the way up to Kala Patthar, following the regular Everest Base Camp Trek route. From there, instead of returning by following the same path, the trekkers head towards Dzongla, and then to Gokyo. 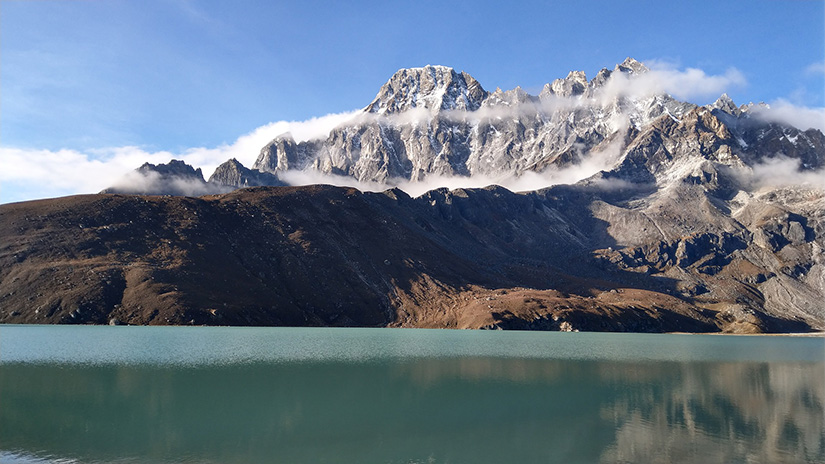 Trek to Renjo La requires the trekkers to go further west from Gokyo towards Lungden, instead of returning to Machhermo. From there, they cross Renjo La, a high altitude mountain pass, and a couple of other villages to make their way back to Namche.

On the route, the trekkers cross Thame village, a serene settlement area, with religious significance. Thame houses Thame monastery that holds quite an importance among the Buddhists of the region. The majority of people in the region are Sherpas, and getting to know about their culture and lifestyle could be a worthwhile experience

Everest Panorama Trek is a shortened version of the classic Everest Base Camp trek. On this trek, the trekkers follow the classic Everest Base Camp trek route up to Khumjung. From there, it’s the same way back to Lukla. Everest Panorama Trek offers the trekkers the flavor of the region, but deprives them of all the hardships and struggles.

Generally, the route up to Khumjung is comparatively simpler than the one that follows, and takes them to the higher altitude. Also, the climate is pretty much bearable. The trek, despite the fact that it doesn’t take the trekkers up to the Everest Base Camp, it still makes sure that they have the best possible time.

The trekkers still get to visit numerous villages and settlement areas, and interact with the people. They still get the most amazing views of the mountains in the region. They still get to be a part of the eco system here, walking in the Sagarmatha National Park. And there is always the possibility of side treks around Namche Bazaar and Khumjung.

The trekkers trekking on this route have the option of either going from Jiri to Lukla, or from Jiri to Everest Base Camp and back. In any of the cases, the trek ends at Lukla itself. The trekkers after they reach Lukla prefer to take the flight back to Kathmandu, instead of walking all the way back to Jiri.

The route from Jiri to Lukla carries a little bit of history as when Sir Edmund Hillary and Tenzing Norgay Sherpa climbed Mt. Everest, they made their way up to the base camp through this route. Jiri is a beautiful settlement area situated in the eastern part of Nepal. Surrounded by hills and covered in green pastures, it offers a fresh setting to the weary travelers.

On the route from Jiri to Lukla, the trekkers come across villages like Sete, Junbesi, Nunthala, Bhandar, Bupsa, and so on. It takes around 7 to 8 days to finish this short trek, as the trekkers walk for around 82 km. Throughout the trek, we get to have amazing views of peaks like Mt. Everest, Ghyachung Kang, Khumbila, and so on.

Everest Three Passes Trek is a culmination of the classic Everest Base Camp Trek and various other side treks. The first of these side treks occurs at Dingboche. Instead of heading straight towards Lobuche, we take a roundtrip to the village, and in the process, cover the settlement areas of Chukung, and Kongma La, which is the first of the three high passes.

Similarly, the next side trip occurs at Kala Patthar, where, instead of heading back to Gorak Shep, from the top of the peak, we head towards Dzongla. We continue walking, and in the process cover the villages of Gokyo and Lungden, and passes like Cho La and Renjo La. Everest Three Passes trek makes the classic Everest Base Camp Trek more extreme and exciting.

Apart from the three high altitude mountain passes, you will come across other attractions as well, for instance, the Nangkartshang Peak, a mini mountain situated quite close to Dingboche. Since the number of days of your trek extends, with the addition of this side trip, you’ll get to spend more time in the area, in these wonderful settings.

Arun Valley Trek is a journey that begins from Hille, a small settlement area situated in the eastern part of Nepal. The trekking route makes its way through Arun Valley covering numerous villages, like Dhobane, Phedi, Guranse, and so on, in the process. The trekking route offers amazing views of the mountains in the Everest Region, and mainly the eastern part of the country. 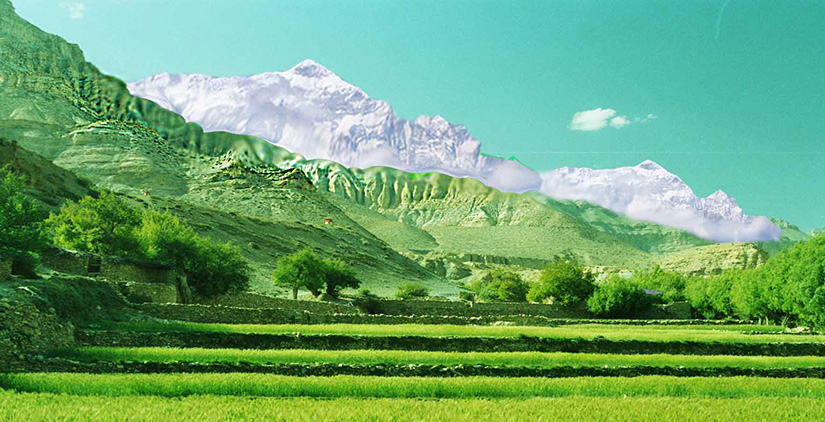 The path joins the Everest Base Camp Trek at Lukla. Now, the trekkers have a couple of options here. Either they could treat Arun Valley Trek as a separate trek, walk from Hille to Lukla and fly back to Kathmandu from there, or they can go all the way to the Everest Base Camp and return to Lukla.

Arun Valley is a beautiful area that is situated at the border of Makalu Barun National Park, and at a close proximity to Sagarmatha National Park. It is covered with lush green forest, and intersected by the great Arun River, one of the most prominent fresh water rivers of Nepal.

As a trekker you have two alternatives here. Either you can go for the entire Everest Base Camp trek, and have the trek to Ama Dablam simply as a side trip, or you could go up to Ama Dablam, and make your way back to Lukla. This way you can have all the fun, however, your trek remains short.

Makalu Amphu Khumbu trek takes the trekkers deep into Makalu Barun National Park, and Sagarmatha National Park. The trek starts at Tumlingtar, and after crossing numerous villages like Num, Tashigaon, Khongma, and so on, it takes them to the base camp of Mt. Makalu. The trek also covers Barun Tse Base Camp. Crisscrossing through villages, the route finally merges with that of Everest Base Camp trek route at Pangboche.

Apart from the Base Camps of Makalu and Barun Tse, the route also makes you cross Amphu Laptsa Pass situated at the altitude of 5850 m, and takes you to the wonderful Imja Lake.

Island Peak is a mini mountain located in the Everest region. Quite a lot of trekkers attempt to climb this 6160 m peak, and they’re often able to reach the summit. Island Peak climbing could be an interesting addition to Everest Base Camp trek, as it offers the trekkers the thrill of ascending the mountain, without going through as many difficulties. It goes without saying that it does add to the difficulty level of the trek, and makes it quite challenging.

Generally, after the trekkers reach back to Lobuche, after making their trip to Everest Base Camp, they walk towards Chukung. From here, the route diverges further, and takes them to Island Peak. It takes a total of one day for the trekkers to go from Chukung to the top of Island Peak and back. Sometimes, an extra day is spent here, either to allow the trekkers to rest, or to let them climb the peak, in case the climbing didn’t happen the previous day. The main attraction here is the surreal view of the Everest region, observed from the top of Island Peak.

The trekking journey begins at Bhandar, a small village in the eastern part of Nepal. From there, the trekkers head southeast crossing villages like Namkhel, Ngaur, and so on. Finally, they reach Pikey Peak. The trek ends at Phaplu, which is yet another beautiful village on the route. Unlike Bhandar, it lies in Everest region, in Solukhumbu district.

Before reaching the village of Phaplu, you’ll come across a village known as Junbesi. Here, you’ll have two options, to either head north, towards Lukla, or to head south, towards Phaplu. The trekkers could end their trek either by reaching Phaplu, or they could extend their trek by reaching Lukla, and adding the Everest Base Camp trek route to their journey.

Things To Consider Before You Go On A Trek

Another aspect that can make your trekking experience even better is knowing Everest Base Camp trek best time of year. Everest Base Camp trek best time of year is between mid-September to mid-December, and between mid-March to mid-June. When you go during the right season, the weather is lovely, and you get to have amazing views of the nearby hills and the distant mountains. In the right climate, even the creatures living in the wild come out, so who knows, if you’re lucky, you might get to see few rare species of animals and birds.

A couple of these side treks are possible by only adding two to three days to your itinerary, whereas others require you to double your trekking duration. Always consider the amount of challenges a side trek can bring to your trek, before including them to your itinerary. Understanding whether you can take it or not, and acting accordingly in the smart thing to do.

If you can go for it, you definitely should. These side treks are like that extra layer of frosting on the cake. If you can’t, then no worries, Everest Base Camp trek is a wonderful trek altogether. So, the next time you’re in search of a holiday destination, and holiday activity, go for trekking in the Everest region. If you choose Everest Base Camp trek, also include one or the other side treks. Believe me, this is one of the ways of experiencing Everest at its best.

Breeze Adventures offers the best travel packages to the most popular tourist destinations in countries like Nepal, India, Bhutan and Tibet. Trekking in Nepal is one of the activities that the company offers to the trekkers from all over the world. They are an authority in the field, with years of experience and a team of experts. They guarantee client satisfaction, by offering the best services, and the flexibility to fully customize the packages as per the needs of the clients. Opt for Breeze Adventures for the best Everest Base Camp trek in Nepal.