Out there on the Mount Everest Death Zone, which is the top most section of the mountain, there occurs the battle of breath, as the climber needs to withstand the zone’s low density of oxygen. When you don’t get the right amount of oxygen in your body, your mind is not able to function properly, which is the worst thing that can happen to a climber. Inability to make the right decision at the right time could cause the climber to perish. In order for him to stay in control, he must always win this battle of breath, and always stay prepared to win this battle. Such is the might of Mount Everest Death Zone.

There are so many things that make Mount Everest Death Zone one of the riskiest sections, if not the riskiest section, on the peak. The first and the foremost factor is the low level of oxygen. This factor impacts especially the climbers who are looking to reach the top without supplement oxygen. With the right oxygen level, your body, and especially your mind, won’t function properly, preventing you from taking calculated decisions. This can prove to be risky especially at such deadly whereabouts.

Another factor that makes Mount Everest Death Zone a scary part of the mountain is the extreme cold. If a climber compromises with what he’s wearing and one of his body parts is exposed, he might land up suffering from extreme frostbite, causing him to lose his limbs, or even die. There are so many crevasses and seracs on the Mount Everest Death Zone, and even one simple misstep can cause the mountaineers to fall in one of these are dying. Further, the high velocity winds on the top make matters even worse.

There have been numerous Mount Everest deaths throughout history and can see the monuments on the way to Everest Base Camp at Thukla Pass. The recorded number of Mount Everest deaths is around 300. The dead bodies on Everest photos tell a tale about all the deaths that have occurred throughout the peak, and mainly on Mount Everest Death Zone. The dead bodies on Everest photos are horrible to look at, but they are the ones that teach the climber the valuable lesson to always stay alert and in a safe position when they are on the peak, whether ascending or descending.

The reason why this Everest Graveyard is more popular by the name Mount Everest Rainbow Valley is that the corpses of those dead climbers that are on the peak have colorful clothes on them. Since the bodies don’t decompose at such a high altitude, they remain intact, also keeping the clothes that the climbers wore while climbing the peak in one piece. When you look at Mount Everest Rainbow Valley from a distance, it looks full of different colors, which is a rare sight at this altitude and location.

Quite like Mount Everest Death Zone, Mount Everest Rainbow Valley also makes a lot of people nervous. Not just the mountaineers climbing the peak but also the ones thinking of doing so. The climbers, who have died here, perish not just in terms of ascending the peaks, but also in terms of descending. Sometimes, they get caught up in the bad weather; at times they get extremely tired and their bodies simply give up; whatever the case, these places remind us of our mortality and vulnerability on the peak.

How Low Can Your Oxygen Level Go Before You Die

It would not be an exaggeration to say that Everest Expedition is a dream journey for anyone who loves mountains. Every mountaineer in the world has to have Everest Expedition in their bucket list for a simple reason that nothing compares to reaching the roof of the world and enjoying the views from the top of Mount Everest. It’s a struggle, this entire climbing journey. To reach the top of Mount Everest, you literally fight the mountain. And so, when you’re on the top, it feels as if you’ve tamed a beast.

There are many climbers who’ve successfully reached the top of Everest, and at the same time, there are few who’ve perished in the process, either during the time of ascent or during the time of descent. What climbers need to understand is that Everest Expedition is a medium for them to attain glory, respect and a sense on honor, however, for that to happen, they must be able to withstand crucial obstacles that the mountain would throw at them, one of which is Mount Everest Death Zone.

How Long Does It Take To Climb Mount Everest

The people who are practical enough, and not looking to set any world record, tend to carry supplement oxygen. When they do so, it is not required for them to fight the battle of breath, as the level of oxygen in their body is always normal, the way it should be. It’s for the others that this factor is specifically crucial to be considered. Mount Everest Death zone is deadly overall. Even when you don’t consider the oxygen level, there are so many other features that the climbers still need to get through to reach the peak, and then descend safely. Proper research, planning and preparation is a must. 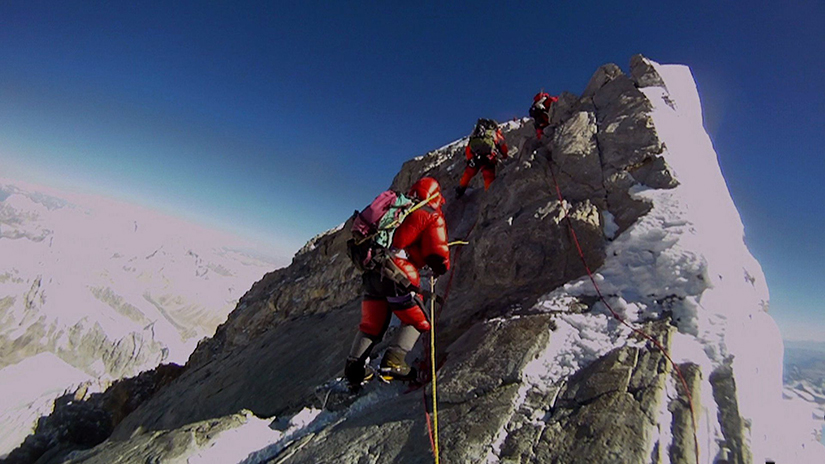 Breeze Adventure is one of the most preferred travel partners for holidays in Nepal, Tibet, and Bhutan. They offer the most amazing trekking and expedition journeys. If you’re a laid back kind of person, you could go for one of their luxury tours. Breeze Adventure is reliable and affordable, and what makes their service different from others is that they guarantee client satisfaction. If you’re not quite alright with their itineraries, you could even suggest changes, making the journey quite personal and catering to your needs. Choose Breeze Adventure as you tour operator for all your travel-related needs.