Adventurous and the Best Nepal Trekking Tour One Can Undergo

What is the first thing that comes to your mind when you think about visiting to Nepal? Just like most of the people, you might also think about mountains and cultural heritage sites. Yes, mountains and cultural heritage sites are the major factors drawing tourists in Nepal. But, Nepal has much more to offer to the tourists visiting here. Exciting Nepal trekking tour packages is another factor that draws hundreds of tourists to Nepal every year.

Nepal surely provides an unforgettable travel experience through exploration of many fertile valleys, peaceful villages, winding mountain trails dotted with prayer flags and wildflowers, gigantic glaciers and of course the famous snowcapped peaks of the world's highest mountains. A country full of natural beauty and rich in cultural heritage, Nepal is also popularly known for Nepal trekking tour packages. Most of the tourists who travel Nepal admit that they are attracted especially by the stunning mountains in Nepal. Every year thousands of tourists travel Nepal solely for trekking purpose. The highest peak of the world Mount Everest itself is located in Nepal. Among many Nepal trekking tour packages, trek to the Everest Base Camp has been one of the major attractions for tourists who travel to Nepal.

Here we will introduce you to some of the most popular trekking places in Nepal that should be included in your Nepal trekking tour plans.

The Everest region has become one of the most preferred trekking regions in Nepal. The number of people choosing the Everest Region trek during their Nepal trekking tour has been increasing every year. The Everest region trek is one of the best ways to explore the majestic mountain ranges, monasteries along with culture and lifestyle of the people living in the mountains. 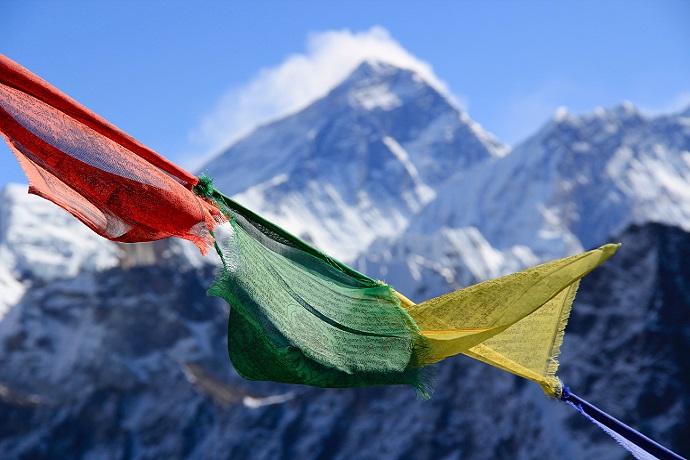 During the Annapurna Region Trek, you can enjoy the beautiful scenery of top mountains such like Dhaulagiri (8,167m), Manaslu (8,156m), Annapurna I (8,091m), Machhapuchhre (6,996m), Nilgiri (6,940m), Tukche peak (6,920m), Annapurna South (7,219m) and many more. The major highlights of the trek are the ancient mid-western salt route settlement of Manang, Thorong –La pass between Nepal and Tibet, Muktinath Temple and the deepest gorge of world Kali Gandaki. 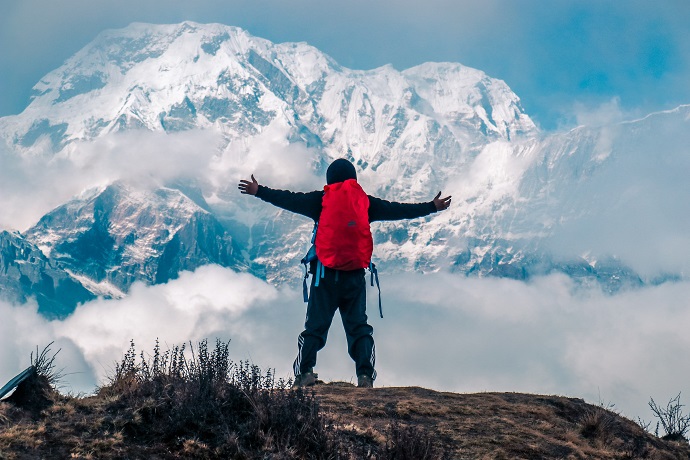 Being one of the most popular trekking places in Nepal, the Annapurna trekking region offers the trekkers with basic to sophisticated lodges. As you trek towards the Annapurna region, you’ll be able to experience the lifestyle and tradition of the inhabitants in this region. Annapurna trekking covers wide range of cultural and geographical varieties and showcases every little aspects of its natural and cultural prosperity.

Located at the north of Kathmandu, the Langtang region is regarded as the closest and easily accessible yet magnificent trekking destination in Nepal. The Langtang region trek is a perfect combination of remote and spectacular valley of Langtang and high mountain lakes at Gosainkunda and the beautiful Helambu Valley.

This beautiful trek in your Nepal trekking tour passes through Langtang National Park. This beautiful park is a home to majestic flora and fauna, yak pastures and local cheese factories. You can meet wildlife such as Himalayan pheasants, Himalayan deer, Himalayan bears, monkeys, and the elusive red panda in this region.

During the trek, you get to encounter the Buddhist culture of the Tamangs and the Sherpas along with the ancient monastery of Kyanjin Gompa, which is situated near Tserko. Some of the spectacular views during the Langtang region trek include Dorje Lakpa (6,990m), Langtang Ri (6,370m) and Langtang Lirung (7,245m). And, some of the popular trekking routes in Langtang reagion include Langtang trek (7 days), Tamang heritage trek (6 days), Gosaikunda Lake trek (5 days), Helambu valley trek (8 days), Ganjala pass Trek (14 days), and Tilman pass trek (18 days). With over 70 glacier basins, it is one of the richest regions in Nepal for glaciers. Gosainkunda, the famous sacred lake is situated in langtang region. 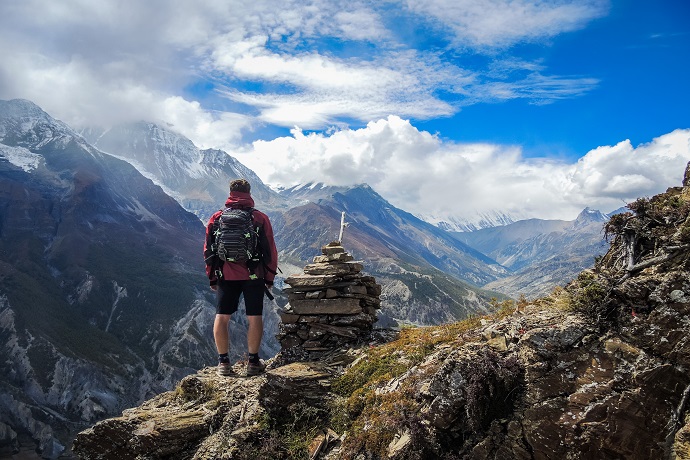 The Langtang valley trek is perfect for the trekkers who are looking for Nepal trekking tour which has an off-beat track and see something completely different from other trekking regions.

Unlike the Everest Region Trek and the Annapurna Region Trek, the Manaslu Region Trek is less popular as the trek route is challenging compared to others. Also, since Manaslu region is a restricted area, it therefore requires special entry permits and also limits the amount of trekkers that visit this area every year. The off beaten trails of the Manaslu region trek take you through rich forests of rhododendron, alpine woods, cedar, birch and juniper and delightful meadows. 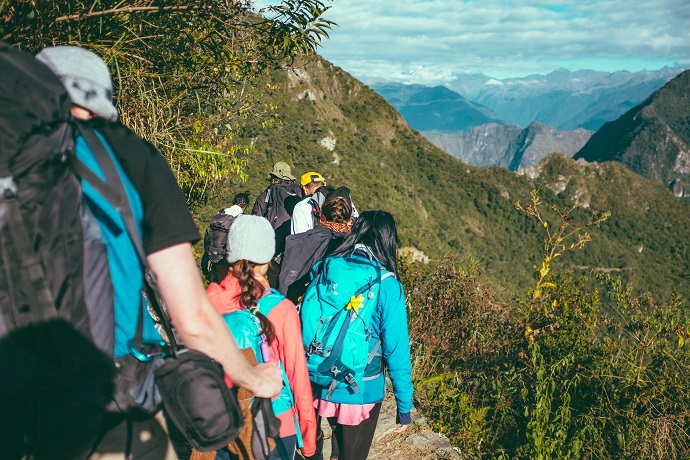 Some of the most popular trekking routes of this region are the Manaslu circuit trek, Manaslu Lower Eco Trek and Tsum Valley trek.  The challenging Manaslu Circuit trek is the best choice for adventurous trekking enthusiasts as it offers not only the most challenging trekking paths but also beautiful scenery of nature and the mountains. Trekking through the route, you’ll get an insight of two different cultures i.e. Buddhism and Hinduism. If you are planning for Nepal trekking tour, do include the Manaslu region trek in your plans.

As one of the most fascinating Nepal trekking tour destinations in Nepal, Kanchenjunga region trek offers the most beautiful landscape of Kanchenjunga area.  Kanchenjunga base camp trek is situated in Taplejung District of Nepal. Mount Kanchenjunga (8586m) lies down between Nepal and Darjeeling Sikkim border. You might find it interesting to know that the term “Kanchenjunga” means crystal clear in Nepali.

Unlike other popular trekking destinations in Nepal, the trekking route to Kanchenjunga region has not been explored much. This challenging trekking trial in Nepal provides you an opportunity to observe the unexplored traditional culture and lifestyle of the locals. Throughout the trek you’ll discover variations in landscapes from alpine grasslands to sub-tropical forests, low river valley, glacial moraine, and rocky scree slopes. This beautiful region is also home to various wildlife, flora and fauna. 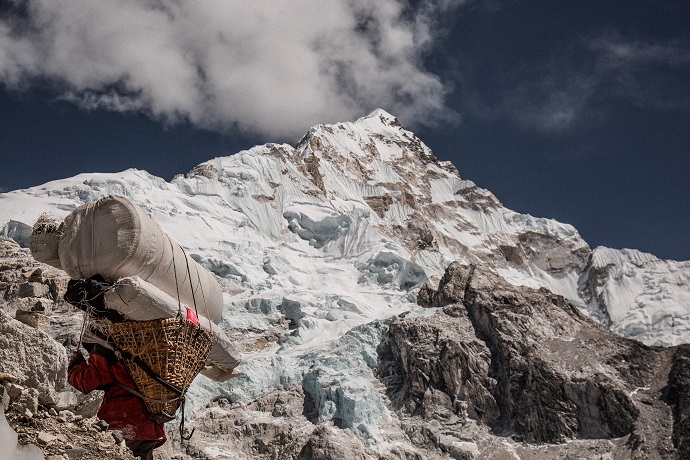 If you are looking forward to trekking in Nepal, Kanchenjunga region Trek can be an ideal adventure trekking destination for you.

Unlike many other trekking trails, the Mustang trekking trail is controlled by the Government of Nepal. So, the trekkers need to obtain trekking permits through government registered trekking companies in Nepal. The Mustang region is divided into two sub-regions: Lower and Upper. Trekking permit to the Upper Mustang was opened since 1992. Also, traveling to this region requires purchasing a $500 10-day permit. The trekkers are not allowed to travel without a guide. While Lower Mustang is much more accessible.  The Mustang region trek has several options for trekking among them Upper Mustang trekking, Mustang Lo Manthang trekking are very popular.  Journey into Mustang is like traveling back in time for a glimpse of what Tibet might have been before the Chinese occupation. Mustang retains much of its cultural autonomy and is administered by its own King or Raja, the 25th successor of his lineage. 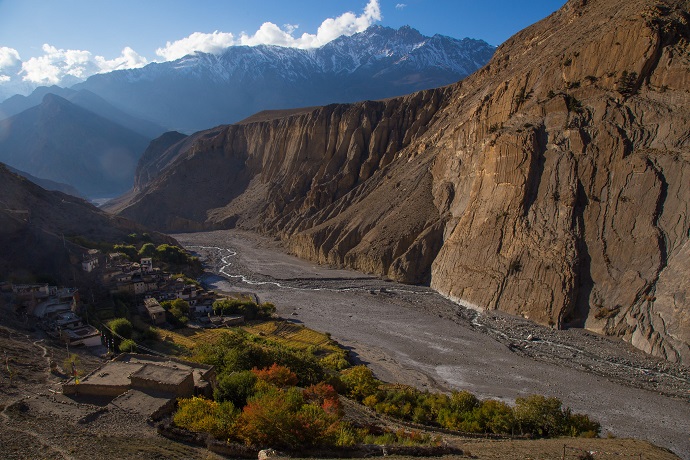 Buddhist monasteries, chortens and stupas, prayer stone walls, monks in red robes, and women in colorful striped Tibetan aprons are common sights in the Mustang region. This region is also famous for the springs and village of Muktinath (a popular Hindu and Buddhist pilgrimage site), apples, and Marpha brandy made from a variety of fruits like pear, apricot, and apple.

Since the Makalu base Camp trekking is bit challenging compared to others, this region remains one of the less visited trekking areas of Nepal. During the trek, you’ll get to experience the hospitality of Sherpa, Rai and Limbu ethnic groups. During this Nepal trekking tour you will enjoy a visit to a lake sacred to Hindus called Salpa Pokhari. Since very less trekkers go for the Makalu region trek, there are relatively few tea and guest houses. 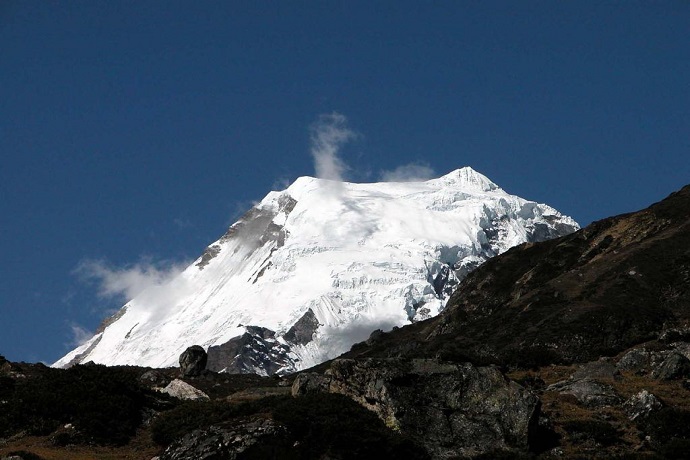 Other highlights of this Makalu region trek include beautiful mountains, pristine forest, and a wide variety of plants, animal life and the simple and warm hearted local people with rich and varied customs & cultures. You can also enjoy Spectacular views of snow covered giant Himalayan peaks including Mt. Everest, Makalu, trekking through eye-catching villages, different community with majority of Rai, Limbu and Sherpa, exploring around Arun valley and riversides.

Situated in the far corners of Northern Western part of Nepal in the midst of Tibetan Plateau and the Mt. Dhaulagiri Himalayan range, the Dolpo is also known as the world’s highest settle lands. Amazingly this region is ringed like a horseshoe shape of soaring peaks called Dolpo. The Dolpo region trek has been divided into a Lower (Outer) and Upper (Inner) region.  Nepal’s largest conservation area, the Shey-Phoksundo National Park is situated in this region. The Dolpo region was opened to trekking in the 1990s. In your Nepal trekking tour through the Dolpo region, you’ll be able to see rain-shadow landscapes, stunning mountain visions, green forests, gorgeous wild flowers, Himalayan blue sheep and varieties of birds.

On your Dolpo region trek, you’ll have a chance to encounter the Tibetan Buddhist cultures. Legend says that the Dolpo region was formed by famed Guru Rinpoche as a haven for those of extremely pure mind and the spirituality. This Nepal trekking tour provides you with the rare opportunity to visit these isolated secret destinations where Buddhist monuments, Himalayan culture and unique human civilization are found at high altitudes. 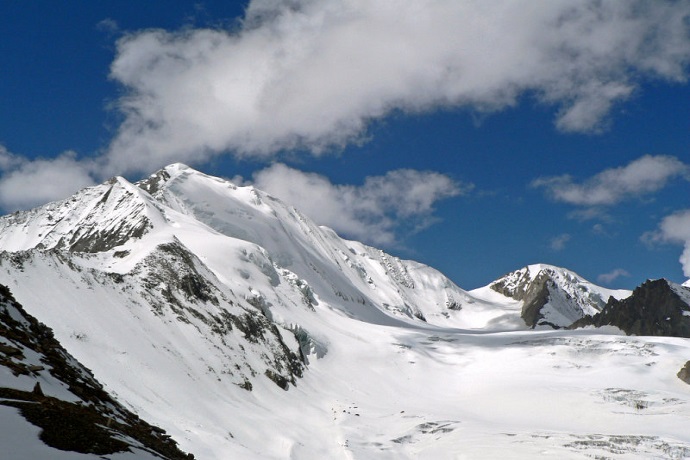 The spiritual heart of inner Dolpo is the Shey Gompa. It is situated below Riwo Drugdra, the Crystal Mountain – a grey walled bulk, so called because of the unusual veins of mineral stratification lacing its flanks. It guards the northern entrance to the Ngadra La from Shey.

Considered as one of the most remote places of Nepal, the Dhaulagiri region trek takes you to the Himalayan peaks, hidden valleys, high passes and sweeping vistas. The Dhaulagiri mountain situated in this region is separated from the Annapurna region by Kali Gandaki Forge (deepest in the world) also includes some fifteen peaks above 7000mt. Mt. Dhaulagiri (8167 meters) is the seventh highest mountain in the world. The Dhaulagiri Trek passes through the pristine valley of Myagdi, green lush hillsides, meadow lands, tranquil gorges, traditional villages, gorgeous glaciers and high snowy passes. 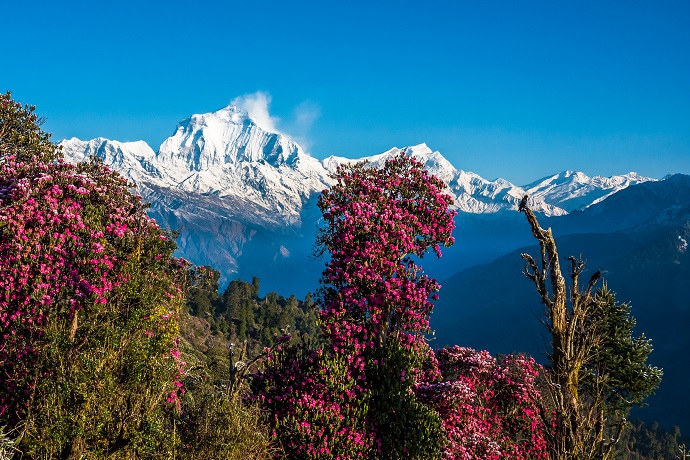 During the Dhaulagiri region trek, you’ll be able to view more than fifteen 7000-meter peaks, which also crosses high passes including French Pass 5360 meter) and Thapa Pass (5200 m). The Dhaulagiri circuit trek is an extremely challenging trek in Nepal so it requires the trekkers to be physically fit and also requires prior trekking experience. The trek will also be challenged by unfavorable weather conditions and strenuous activities, such as, climbing/ scrambling across high passes. The trekking in this area is relatively strenuous and needs some mountaineering knowledge.

Magnificent Chhanbardan Glacier and  Dhaulagiri Base Camp are other significant highlights of this region trekking. Trekking in Dhaulagiri base camp is amazing lifetime experience with vast massif screens the hidden lands of Dolpo to its north, and to the west of it are Nepal's far western hills.

Breeze Adventure in Nepal has been providing the best packages including the best things to do in Nepal. It is a government-authorized travel agency, associated with TAAN (Trekking Agencies Association of Nepal), and is recognized by the Ministry of Tourism. This company has the answers to your queries on what to do in Nepal. For Visit Nepal 2020, the company has been working on various packages regarding places to visit in Nepal to meet the needs of different types of travelers. If you are planning for activities like Nepal trekking tour, expedition in Nepal, they also have wide range of packages for various trekking places in Nepal. Learn more about the Nepal trekking tour packages offered by Breeze Adventures.