Kanchenjunga region lies in the remote north-eastern parts of Nepal, bordering both India and China. Short Kanchenjunga Circuit Trek with Breeze Adventure is a version that requires 16 days from arrival to departure. The longer variant demands an additional 7 days.

Festooned in ice and snow, the towering, massive Mt Kanchenjunga, along with other notable peaks in the Himalayan massif, is certainly a main attraction of the expedition. The Himalaya comes with five peaks and the Main, at an altitude of 8,586 metres from sea level, is the third highest mountain in the planet, after Mt Everest (8,848 m) and Mt K2 (8,611 m).

For visitors, the Short Kanchenjunga Circuit Trek presents a walk in some solitude. Trekking in the remoteness of Kanchenjunga region makes this trip one of the best treks in Nepal many claims. The off-the-beaten trails remain proof that only a few trekkers walk the routes each year. Recent records show that the Annapurna region, the most favoured trekking destination in Nepal, receives +2,00,000 visitors annually whereas the figure for the Kanchenjunga region is only around 1000.

Besides fewer trekkers, what a Short Kanchenjunga Circuit Trek has on offer is pristine wilderness.  Around two-thirds of the landscape are snow and ice. Although the landscape sees human settlements at lower elevations, most of what remains are alive with wildlife.

The villages en route certainly add to the experience. The relatively dense settlements at lower altitudes see a mix of people from many parts of Nepal. As the trek moves to higher reaches, however, the community populations first turn predominantly Limbus, an ethnic group known for their bravery. What attracts many is their traditional dresses, food and an alcoholic drink known as Tongba, which is served hot. The higher reaches of The land see Sherpa settlements.

This Short Kanchenjunga Circuit Trek takes travellers to both the South and North Base Camps. The trail stretches about 230 kilometres from start to finish and requires 14 days of walk. The average is 5/6 hours of walk each day.

Amazing view of Mt. Kanchenjunga with its 5 treasure.

Tibetan Culture and their lifestyle.

Buddhist Stupa on the trail. 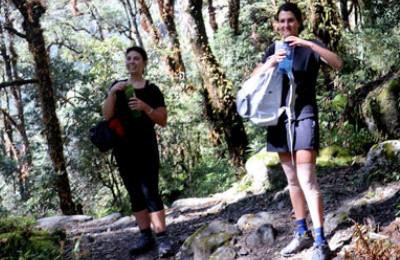 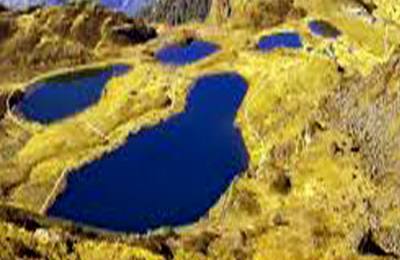 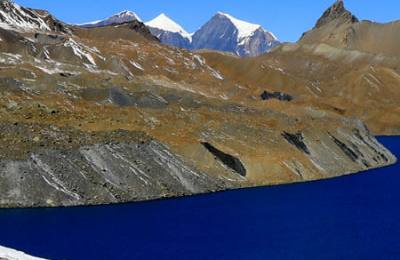 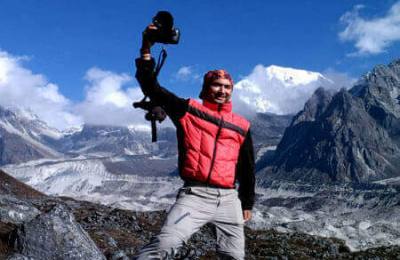 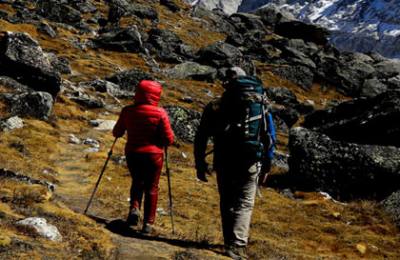